Research advocates at Vanderbilt-Ingram Cancer Center support our research efforts in many ways and for many reasons. Our advocates are cancer survivors, caregivers, and community members who are committed to making a difference. 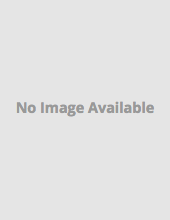 Soon after her husband’s diagnosis of colon cancer in 2002, Diane became interested in cancer research and clinical trials. Inspired by her husband’s hope that his involvement in clinical research might help others in the future, Diane became involved in the research advocacy program at VICC. Since his death in 2003, Diane has continued to be active in the Vanderbilt GI Cancer SPORE advocacy activities, including attending quarterly advocate meetings, SPORE project meetings, ESAB meetings and seminars. Diane has attended numerous research advocacy trainings through the Colorectal Cancer Coalition, has participated in political advocacy at the state and national level to support colon cancer research and volunteers for the Colon Cancer Alliance at local events. In 2004, Diane received an award of appreciation at the GI/Pancreas InterSPORE conference.