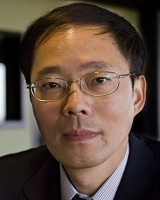 My main research has focused on molecular, genetic, and nutritional epidemiology of cancer and other chronic diseases. My current research is supported by several NIH grants, including an NCI MERIT award. I have authored or co-authored more than 750 publications. Over the past seven years, I have directed two large genetic research consortia in East Asians that have identified more than 30 novel susceptibility loci/genetic variants for breast and colorectal cancers. I am the PI for the Shanghai Women's Health Study including approximately 75,000 study participants. I am a key founding co-investigator of the Shanghai Men's Health Study and the Southern Community Cohort Study (SCCS) and currently serve as a joint PI for the SCCS. I also initiated the Nashville Breast Health Study and the Tennessee Colorectal Polyp Study, in which more than 12,000 cases and controls were recruited. Since 2000 I have served as the primary mentor for more than three dozen junior investigators, including over 15 assistant professors. Currently, I am the primary mentor for three Ph.D. students, four postdoctoral fellows, and multiple assistant professors.