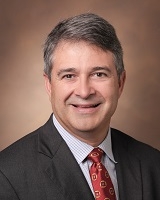 Dr. Alvarez was previously Professor and Ellen Gregg Shook Culverhouse Chair in the UAB Division of Gynecologic Oncology, for which he served as Director from 2003-2014, and Vice-Chair of the UAB Department of Obstetrics and Gynecology. His long-term research interests have included the development of novel therapeutics for ovarian cancer and new screening and prevention strategies for cervical cancer. He has been the recipient of several NCI and other industry funded grants in support of his research in gene therapeutics for ovarian cancer, including projects funded by the UAB Ovarian Cancer SPORE. He was a co-principal investigator in the cervical neoplasm vaccine projects included in the Johns Hopkins/UAB Cervical SPORE. He was principal investigator for the UAB NCTN LAPS. He is currently co-chair of the NRG Oncology Gynecologic Cancer Committee.